This week’s walk logically follows round in an anti-clockwise direction from the first two. Slieau Managh is a fairly undistinguished rounded lump of a hill but is made interesting by the huge quartz outcrop on its western side. “Point 336” much less interesting and all that can be said for it is it has a spot height on the OS map and has two small ponds near its highest point (not really a summit, or even a point!).

I thought I would tackle these hills form the north, up through Ohio Plantation from Sulby Claddagh and try to find a way from the point where a footpath seems to have a dead end on the map.

The total distance for my route (our route I should say, I had company this time) was12.5km and took us 4 hours (including a lengthy lunch stop atop the quartz).

From the camping area of The Claddagh we walked a short distance along the road before turning up the Ohio track. This is straight forward, passing through an area where they are felling just by the top gate.

From here a clear track leads south and gently upwards until a signpost indicates the branching route towards the plantation on the northern slopes of Slieau Managh. I was pleasantly surprised how clearly this was marked – maybe this path was not a dead end after all. The hill and the quartz outcrop were on view straight ahead. 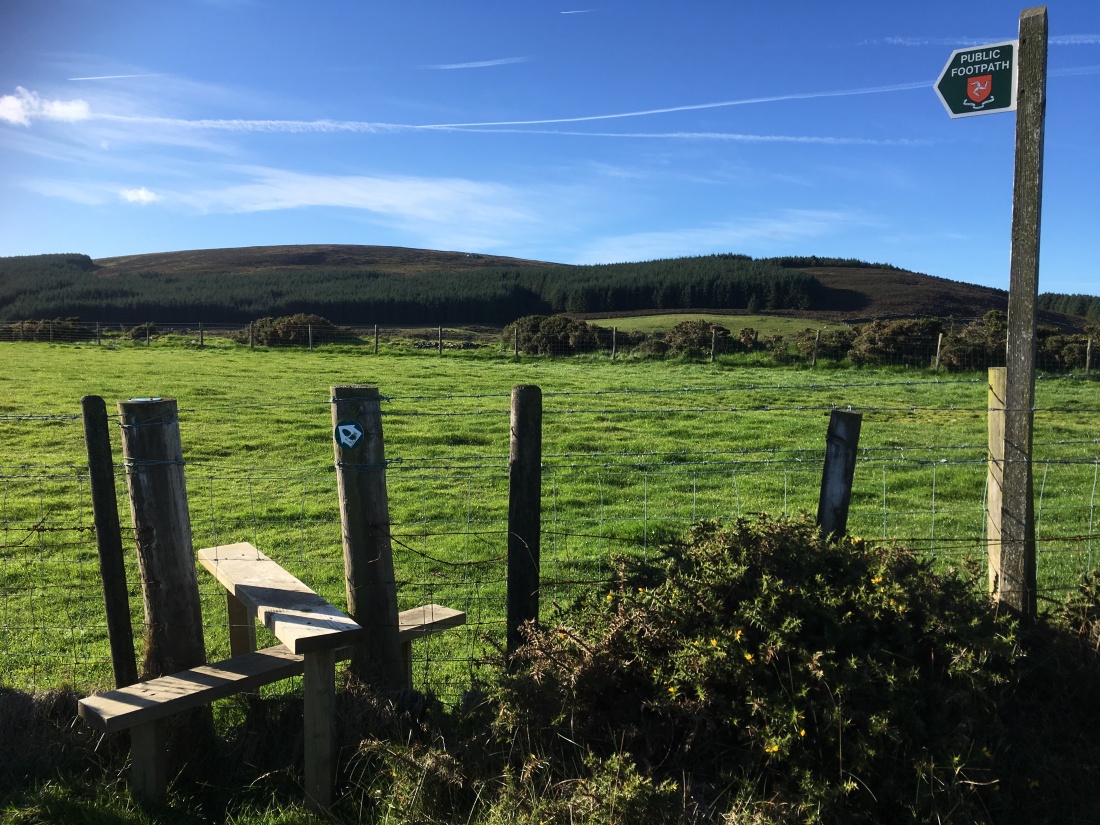 There was a stream valley ahead – the same stream that tumbles into Sulby Glen over the Cluggid waterfall – and the path ahead was a bit uncertain. It was there, however, and crossed a small stile and bridge over the stream before following a wall towards the plantation. 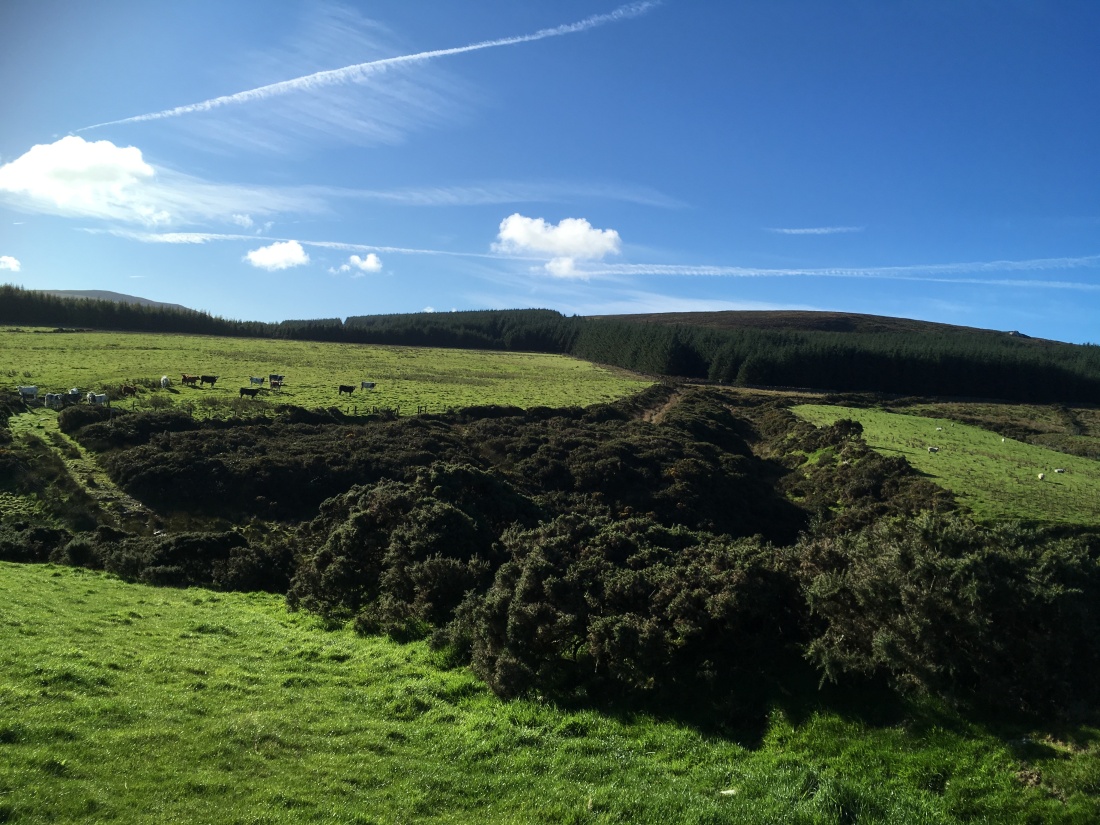 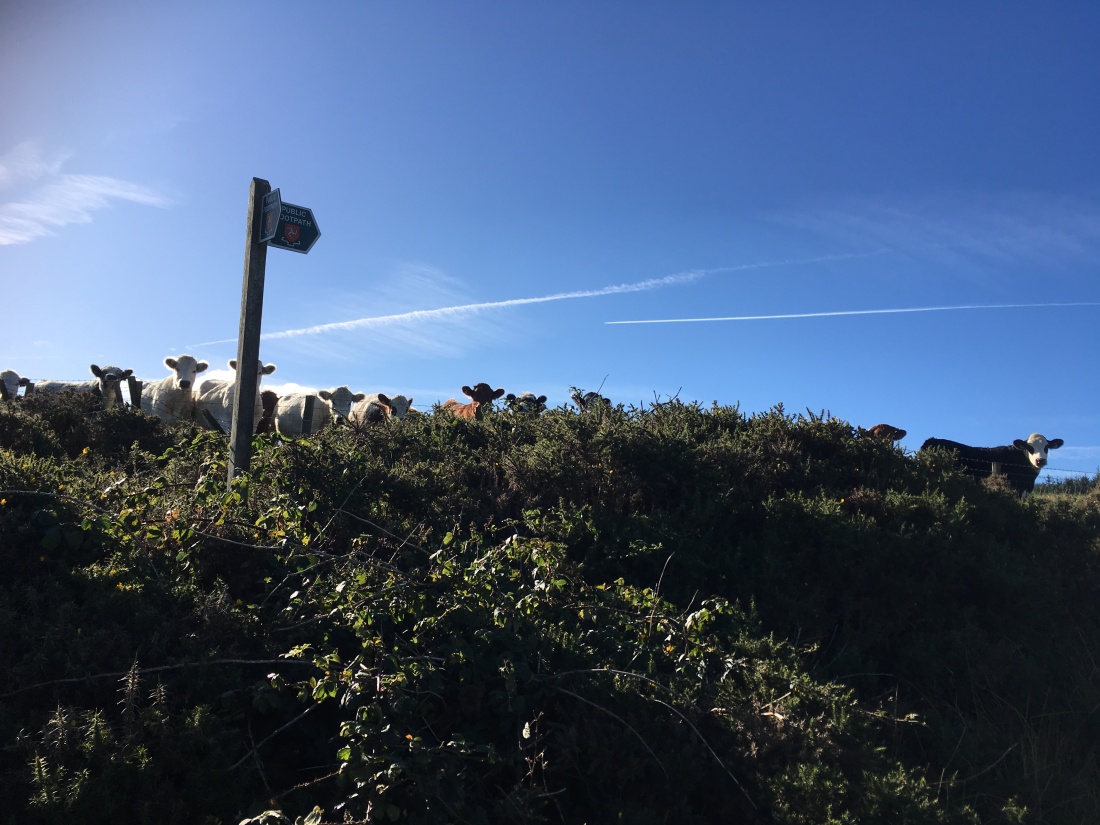 The cows were safely on the other side of the wall!

This path clearly led forwards and ended at a stile over the plantation fence, which along with a sign post surely indicated that there was a clear trail here.

On the other side of the stile, however, there was no indication of which way to go. This was perhaps the dead end of the track. We headed left to the wall corner and then, after a bit of heather bashing, picked up a bit of a path which soon led to another fence with a broken stile.

We head right after the fence following a fire break and soon found another stile to take us out of the plantation  and onto the final slopes of Slieau Managh. We headed directly for the quartz and lunch.

There used to be a seismometer near here with a small solar panel but it seems to have been removed. The views over Subly Glen and to the north were excellent.

We then continued to the top of the hill, a less interesting spot than where we had lunch but the views towards Snaefell and the North Barrule ridge, however, were excellent. We also say a buzzard, a peregrine and another bird of prey having a bit of an aerial scrap. I’ve seen pairs of buzzards several times this summer, never before that. 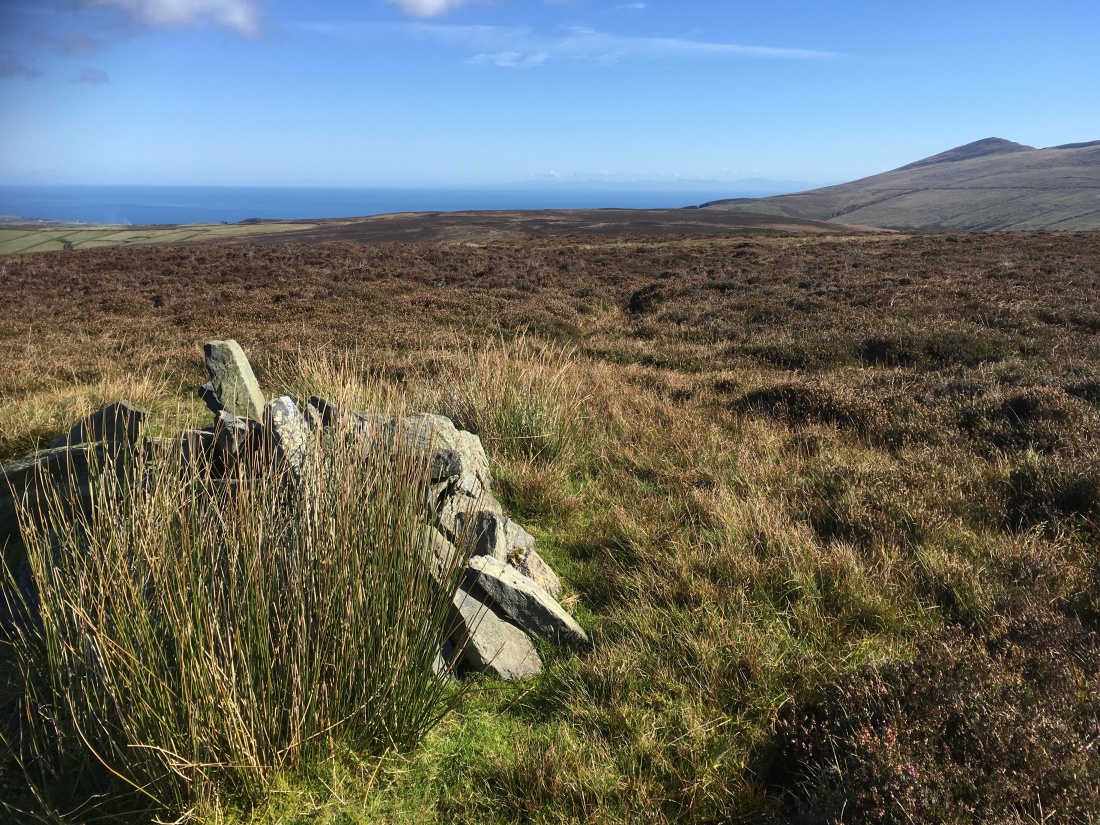 We followed the vague track eastward to drop to the Millennium Way and then followed this to a gate at which point we headed directly to the top of Point 336 and it’s two pools. 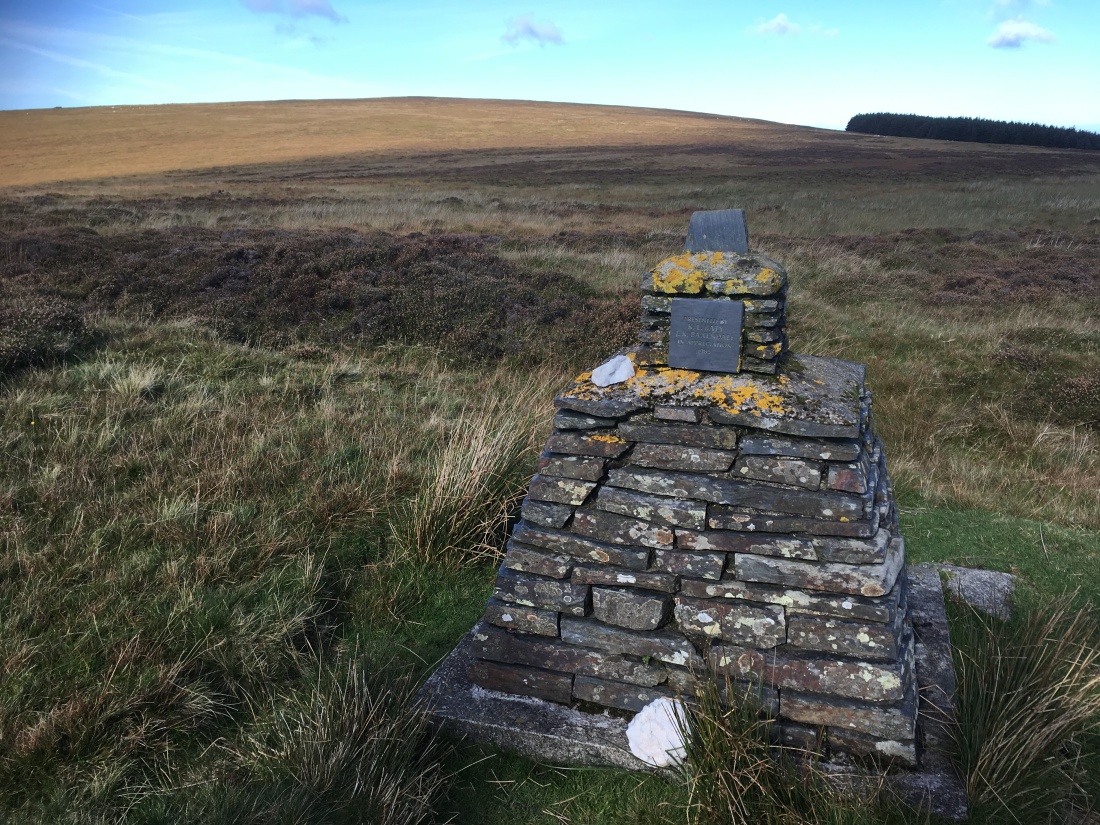 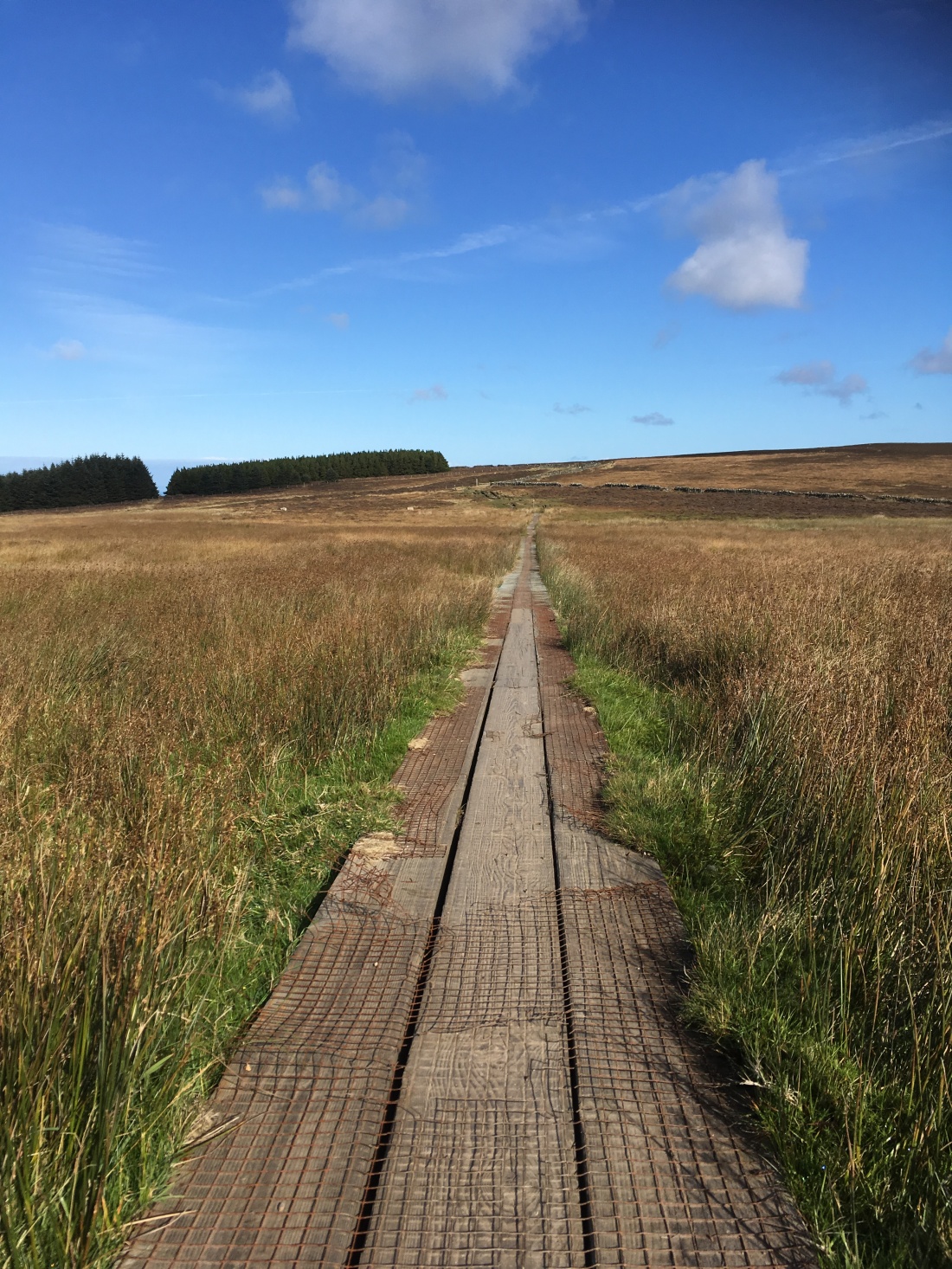 I had intended to descend by the track on the east side of Narradale but too much talking and too little concentration meant we ended up going down the road on the other side. Just here there was a rather confusing sign post.

The road down was very pleasant all the same, leading directly to the Ginger Hall at which point it seemed rude not to support the local economy.

The lane back to the Claddagh leads past Cronk Sumark so we took the opportunity to clamber up it’s steep slopes for another fine view before returning to the car.

It is amazing that after living here so long there are still new places and paths to be discovered and although the infrastructure of stiles and way marking are a little neglected they are there if you search for them. 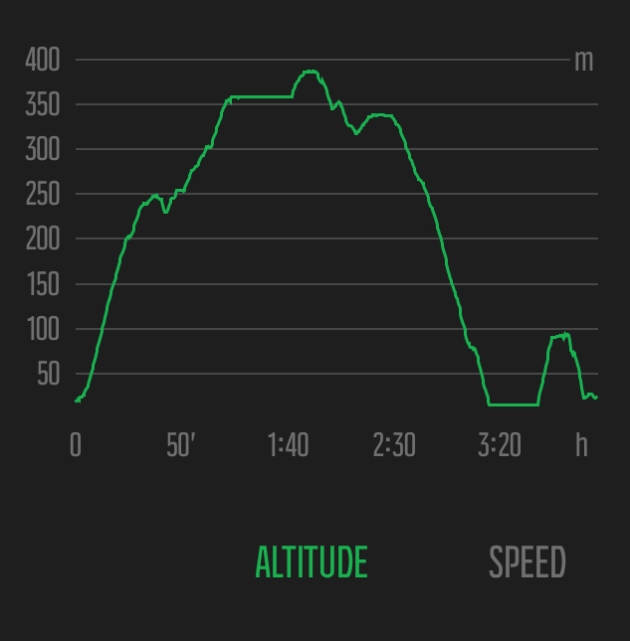