This is perhaps the finest hill walk on the Isle of Man – a distinct ridge which, whilst never approaching what could be called narrow, still offers some sense of airiness. In winter I have seen fantastic wind sculptures in the snow and almost convinced myself of a small cornice! There are some wintery photos at the end of this post to contrast with the mostly sunny September day of my most recent visit.

Starting at the Hibernian road at the foot of the craggy east face of North Barrule, this route climbs through very rough and steep rock, heather, grass and bilberry to gain the ‘nose’ and then joins a path to the summit. The ridge is then followed across “Point 533”  Beinn Rein (unnamed on the OS map, point 550) and Clagh Ouyr before dropping to the round house in the upper Corrany Valley then to Park Lewellyn and back to the start.

The distance is 11.5km and it took me 3.5 hours including a lunch stop.

From the gate on the corner of the Hibernian road I crossed the field heading for the pile of stones at the base of the hill. I went to the right of this and then picked my way up through the rocks, bilberries providing the most secure holds, the rock mostly slippy after the previous night’s rain.

The views east across Maughold to the sea were superb.

A couple of the small crags provide some shelter form the prevailing wind, maybe a good bivvy site with a view.

After the last of the crags the views open up the the north of the island and Ramsey as the ‘nose’ is crested.

From here it was a plod to the summit and the freshly painted trip point. The views west along the ridge and to Snaefell were stunning.

The descent to the wall was in a bit of a headwind so a lunch break in it’s lee was next. 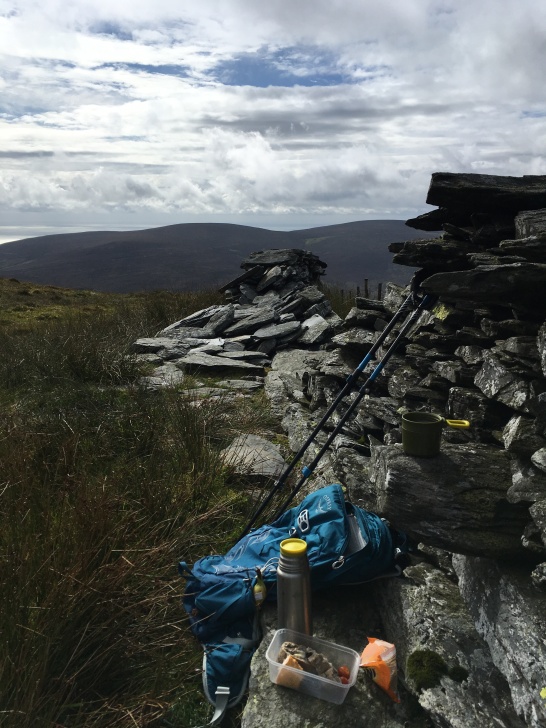 It’s a straight forward undulating walk now over the two unnamed summits on the OS 1:50000 map. I have read the higher one is called Beinn Rein. Whatever they are called the views forward to Snaefell is great but marred by the mess on top of our only mountain and the view back to North Barrule is fantastic, one of the best on the island.

After Beinn Rein I diverted to investigate some quartz outcrop and what may well be an ancient cairn of quartz stones. It was then over to the walkway across the very wet ground before Clagh Ouyr. 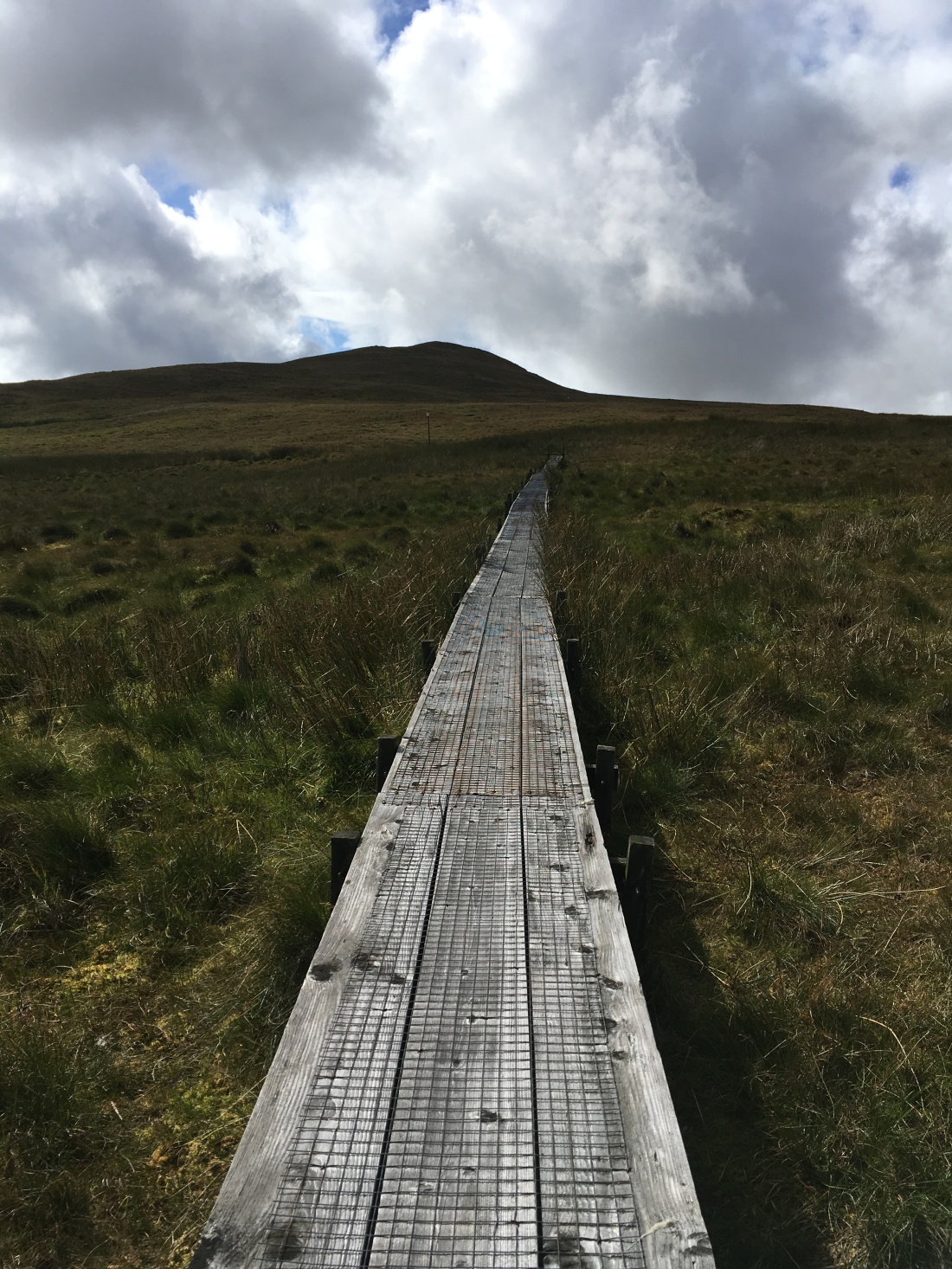 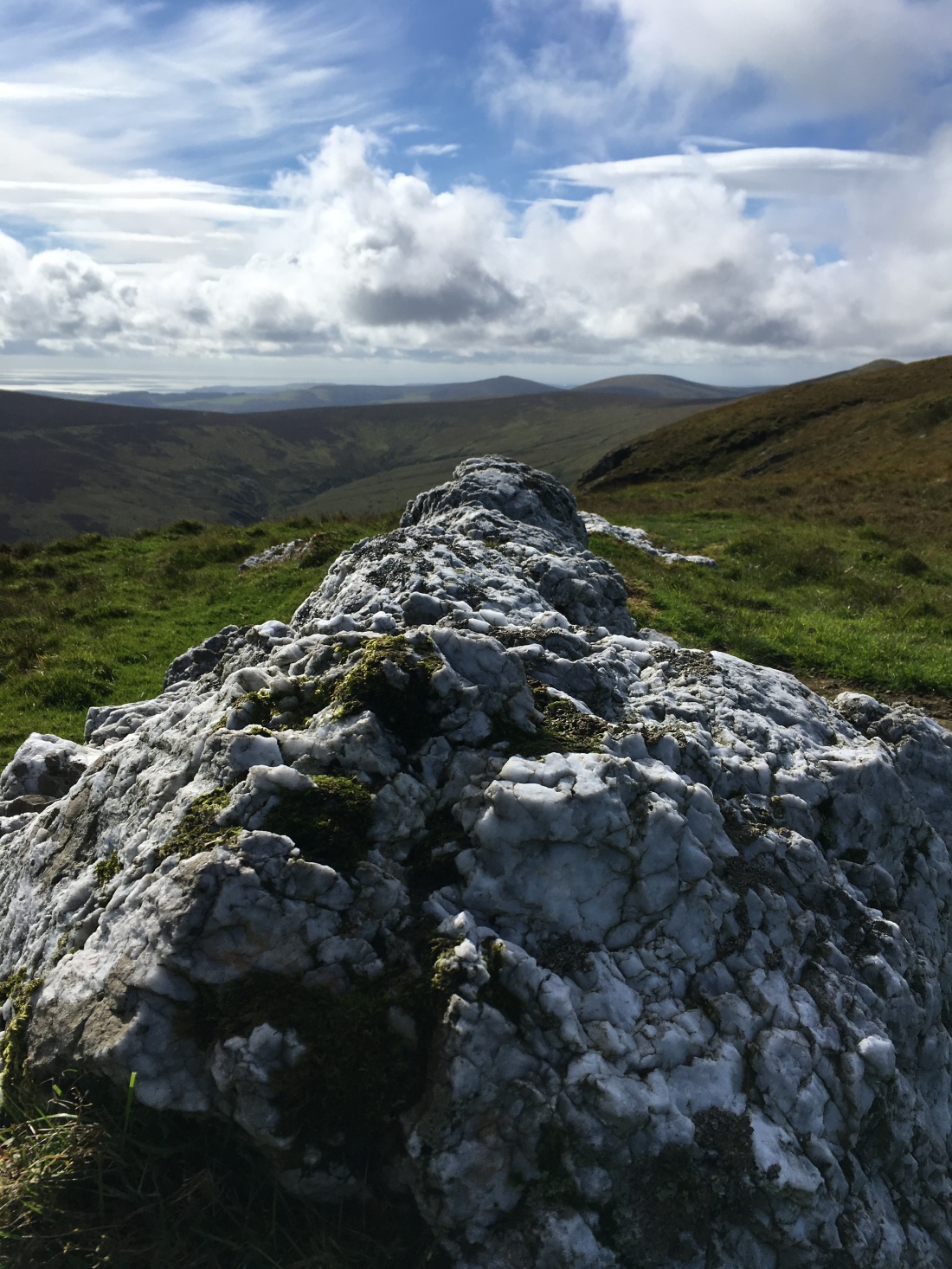 Next I climbed to the top of Clagh Ouyr and its two cairns. Only now did I begin to hear traffic from the mountain road between me and Snaefell. There is a memorial to our much missed Laxey doctor at the summit – he was a key member of the fell running community on the island.

then headed south and then East to slowly drop into the Corrany Valley, trying to pick up what is marked on the map as a “round house”. This is what i found – just about discernible:

The sheltered valley was alive with mountain hares and meadow pipits. I continued past the farm buildings, picking up the track to the ruin of Park Lewellyn.

The track becomes more substantial and returns to the starting point after a left turn with a short uphill section.

A good day out with a proper mountain feeling and i didn’t see a single person all the way round – not something that you would get in the Lakes! 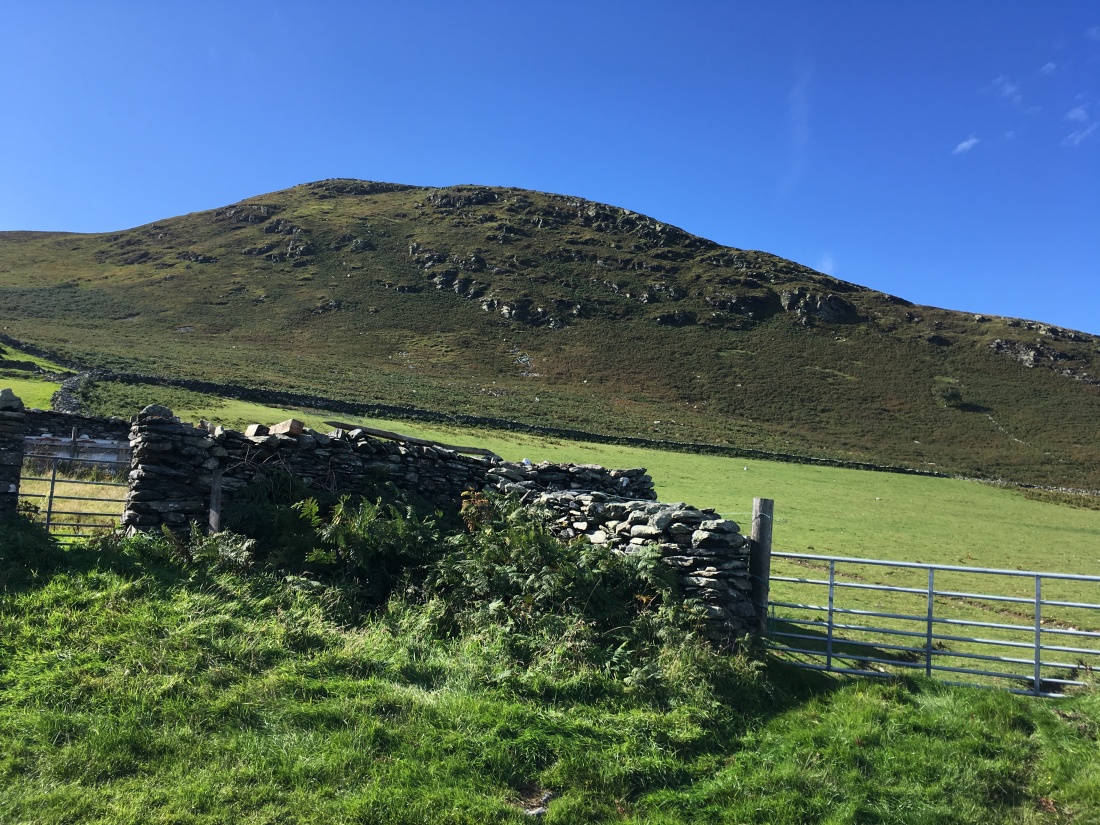 So just to finish here are a few photos from a very different day on the same walk: 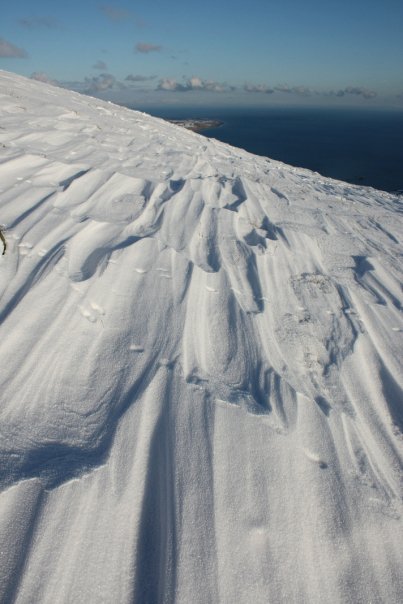 One thought on “The North Barrule Ridge”