A mixed day weatherise, starting and finishing in Laxey.

This walk is about 20km long and took me 5 hours.

From Laxey I headed along Ramsey Road, turning left to King Orry’s Grave and left again to gain the uphill track. Climbing this track you get to a gate by a small plantation and going through this along overgrown lane you eventually reach a stile onto open land and then meet the main greenway. I turned briefly right before heading across open land to ridge and left to minor rise of Slieau Ruy (really just a slight ‘nose’ on Slieau Ouyr. This is made of the Dhoon granite and some outcrops of this rock can be found, probably contributing to the hill’s name. The views east form here are excellent down to Dhoon Glen.

I picked up a rough path and continued climbing to Slieau Ouyr which doesn’t have much of a summit cairn.

Descending from here I reached the saddle between Ouyr and Lhean where there is an unusual group of stones which used to be one of my favourite spots but has been a little spoilt by the increased use of this saddle as a way between the two greenway tracks. 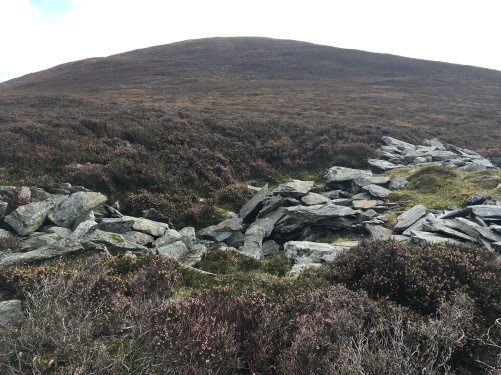 From here it is a bit of a trudge to the top of Slieau Lhean and this is a featureless boggy place. There was a cold wind and light showers so I quickly deployed my Trailstar shelter and had a brew and spot of lunch in comparative comfort. 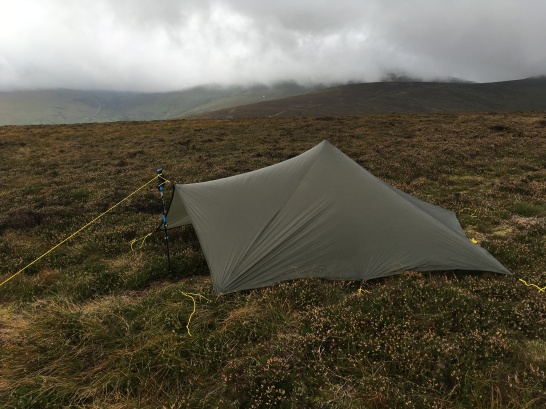 There is no clear track form the summit but it is easy to head west to the boggy saddle where the greenway track swings back east. Heading up the next rise I stayed to the right hand track which tends to be the one used by mountain bikers to reach Black Hut. There is a smaller path to the left but it can be very wet.

On reaching the mountain road I crossed, headed round the back of Black Hut and headed up Snaefell past the old quarries. 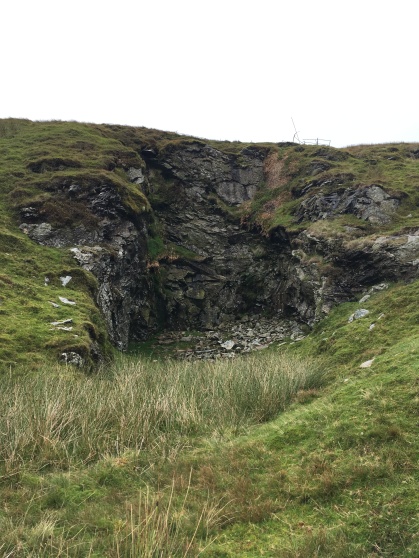 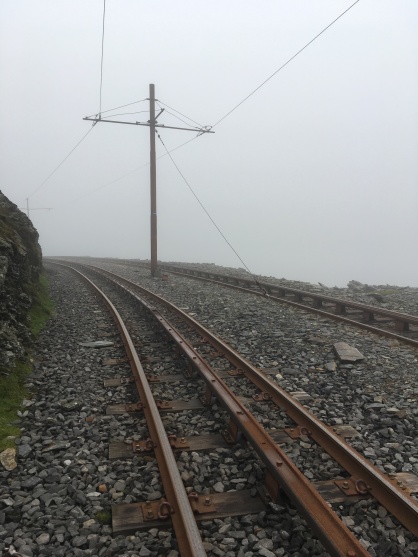 After crossing the mountain railway it wasn’t far to the top of Snaefell but no view was available on this day so I quickly left the summit, past a tram about to leave and headed down to the Bungalow. 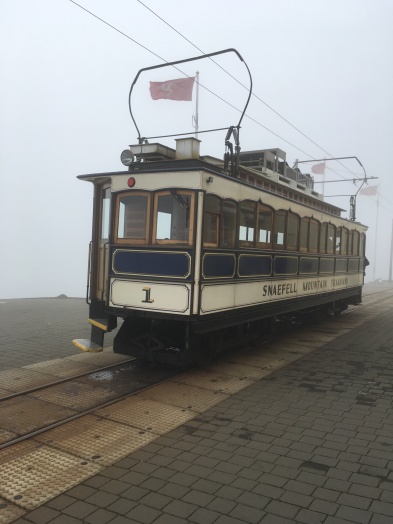 After crossing the mountain road again I nipped through the small gate by the tram crossing onto the slopes of Mullagh Ouyr. Fine views were had from the flat summit before heading down the nice grassy track to Windy Corner.

I had thought about heading up Slieau Lhost and round to Conrhenny but instead just headed down the Windy Corner track into Glen Roy and back  into Laxey – a long walk but a good one.