I started from the hairpin and headed up Elfin Glen. I followed the lower path, the upper one is more direct but not as scenic.

The upper path is joined after a dip to a bridge crossing the stream and then a short reascent.

Continuing up the track towards the Mountain Road North Barrule came into sight. 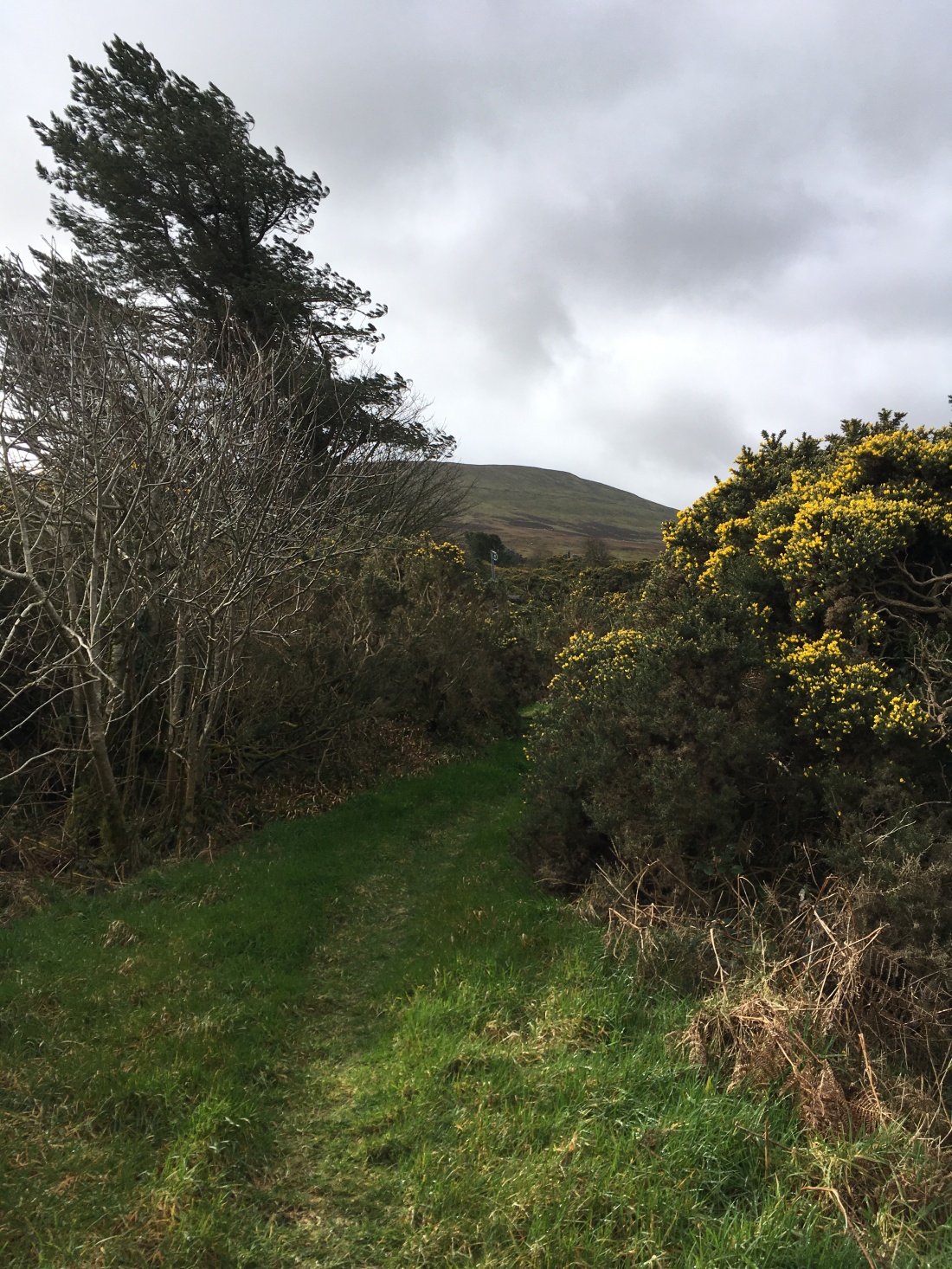 On reaching the busy road I decided against walking up it to reach the stile and signpost at the picnic spot about 0.5km away and instead walked about 100m down the road and crossed to an old iron gate which gave access to fields around the tholtan of Park Mooar. 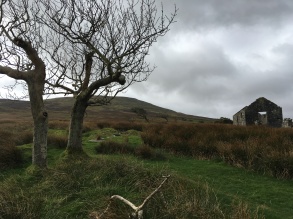 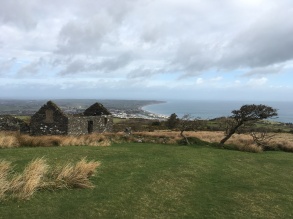 After having a look around the tholtan I continued straight towards North Barrule, crossing a ditch and then a fence via a broken stile. 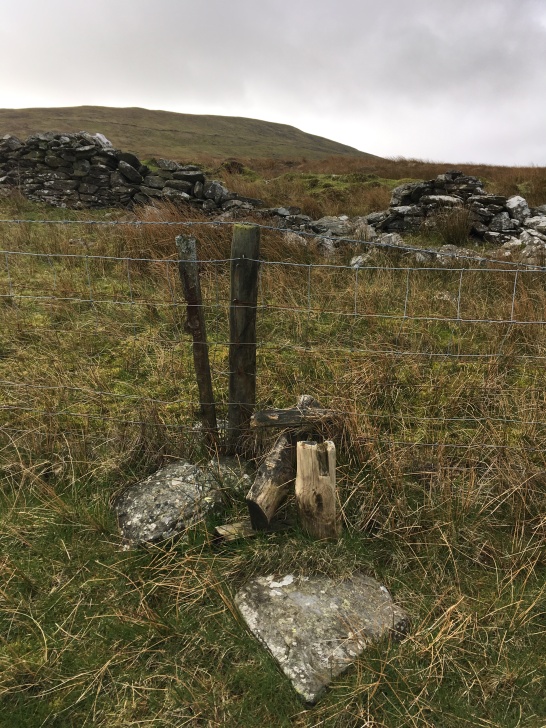 It was then a slog up to the summit, not as entertaining as coming up through the rocks from Hibernian but it made a change from my usual route.

The wind was bitter and gale force along the ridge over Point 533 and Beinn Reins but the skies were for the most part clear. 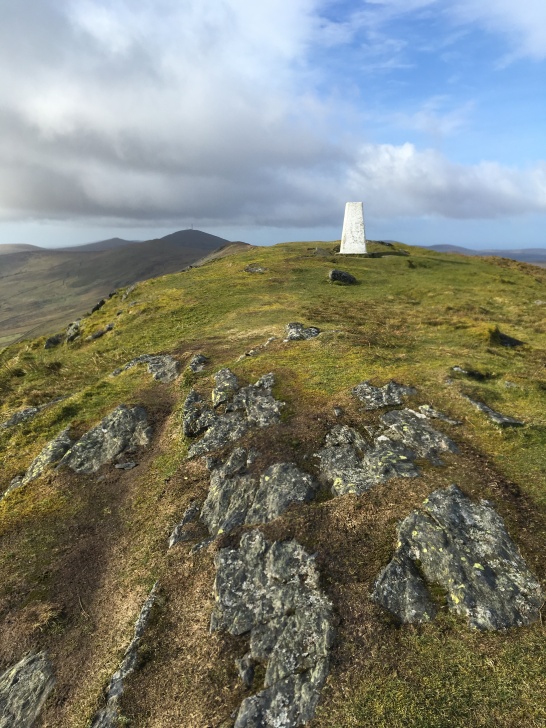 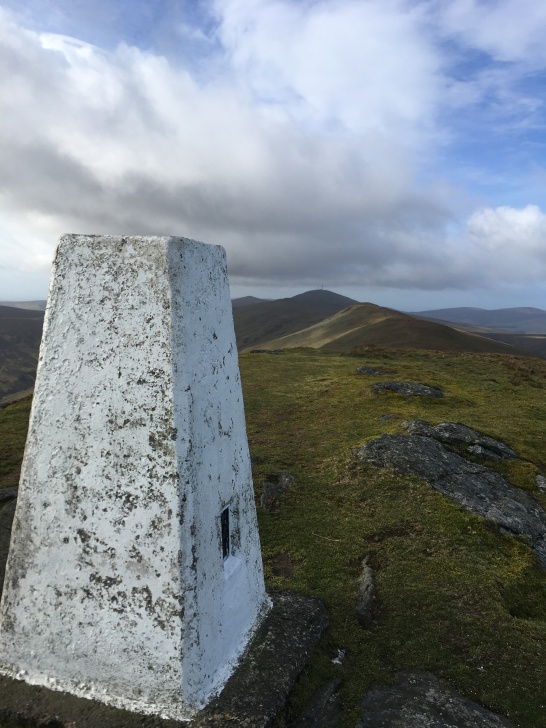 After crossing the broken boards I climbed Clagh Ouyr. 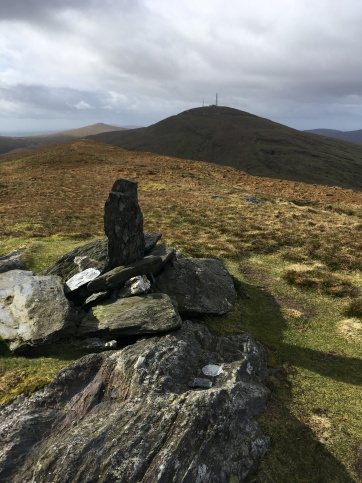 I then immediately dropped north to Mountain Box and East Mountain Gate where I followed the fence to the head of the northern branch of Glen Auldyn before another search for the true top of Point 336, somewhere near the two pools.

I then followed the track east through the heather and mud before dropping into Glen Auldyn just below the Black Pool.

I then walked down the glen and took the Crossags path back to the hairpin. 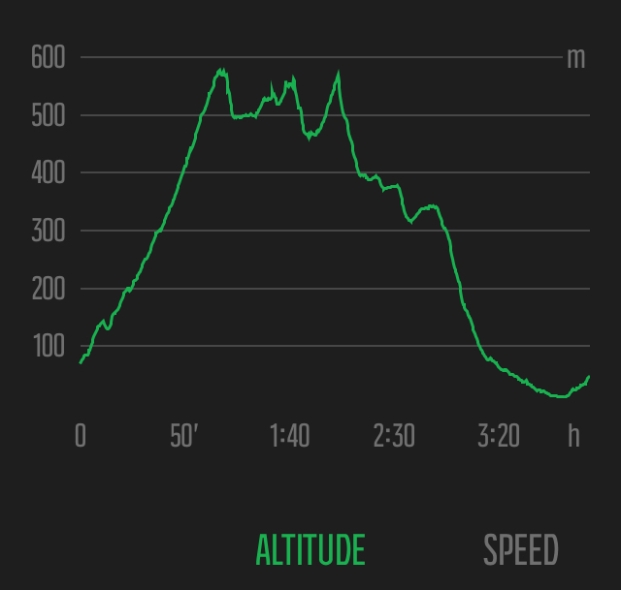