This covers more or less the same ground as a walk from last November but going the other way round and starting high at Windy Corner from where I quickly ascended the steep slope to the top of Slieau Lhost.

The views form here are extensive over Douglas, the Baldwin valleys, Snaefell and Laxey.

From here a clear track descends southward. It becomes boggy, heads east and then indistinct as you try to locate which of several mounds is the top of Slieau Meayl. It is the only one with a distinct cairn.

At this point you are only just above Conrhenny plantation but sadly you don’t seem to be allowed to ascent from there. The views are excellent again. 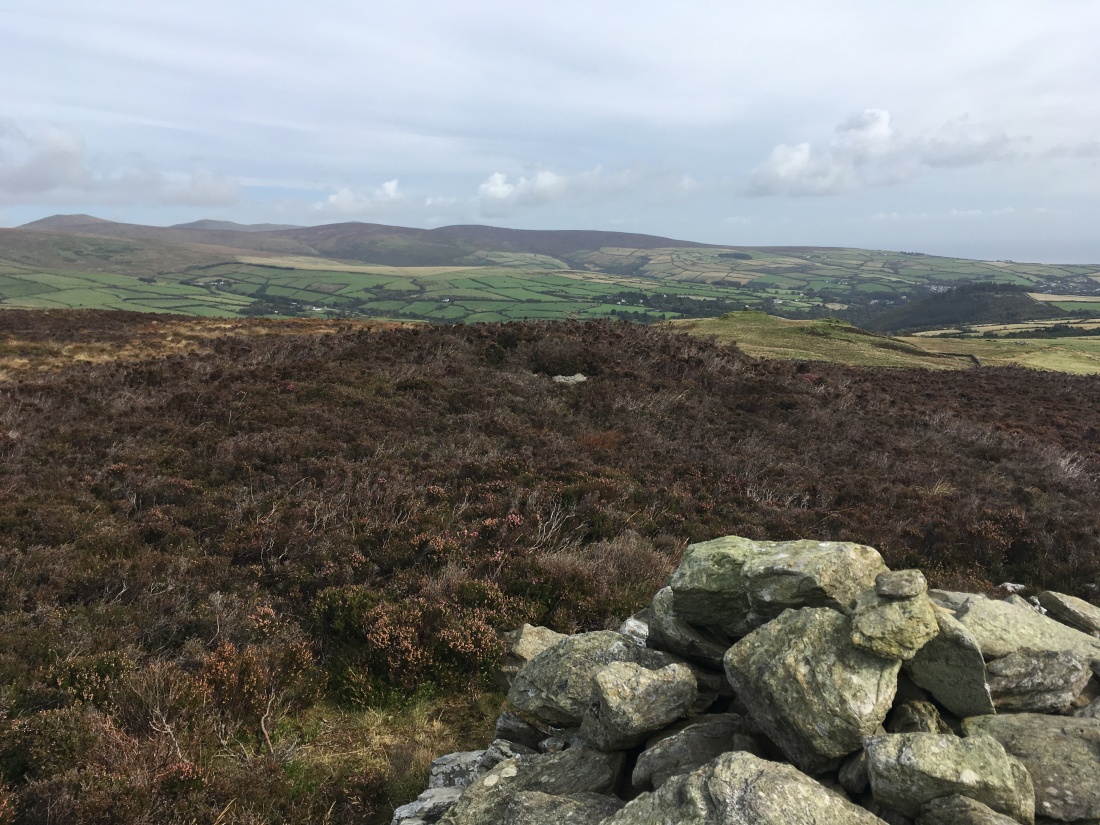 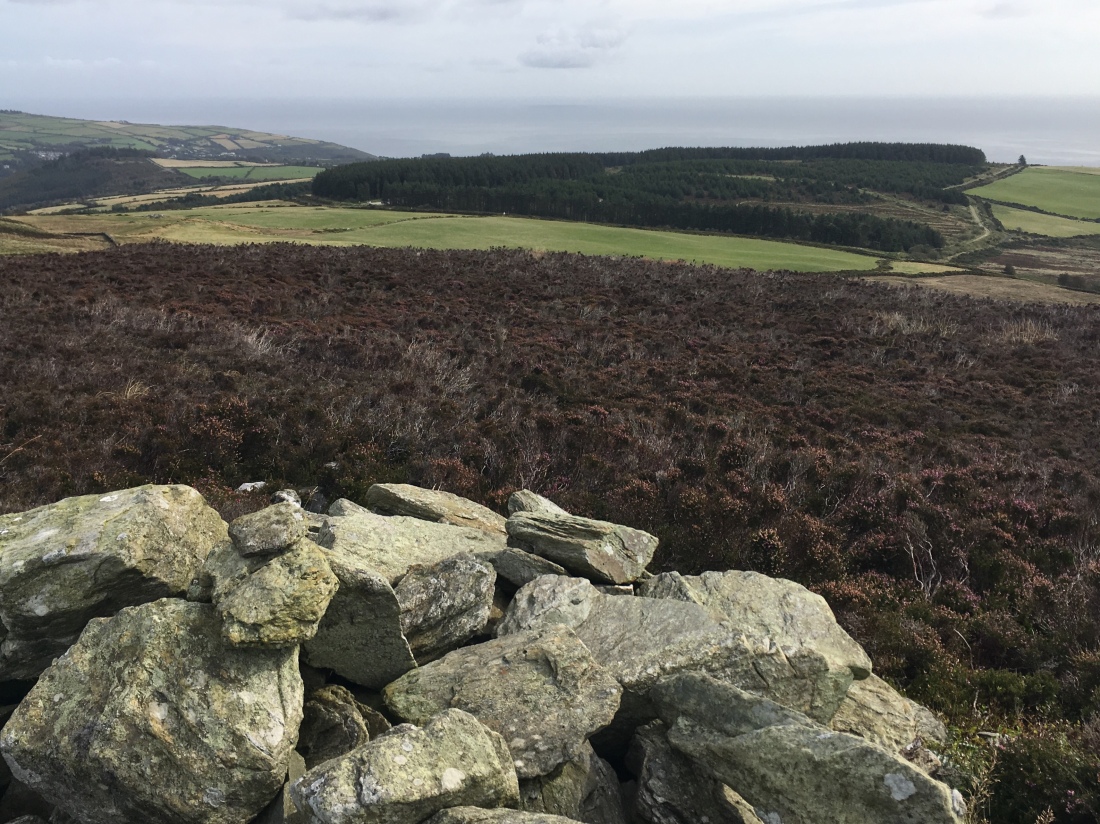 I retraced my steps westward and then continued in that direction, heather bashing to the gate onto the mountain road. 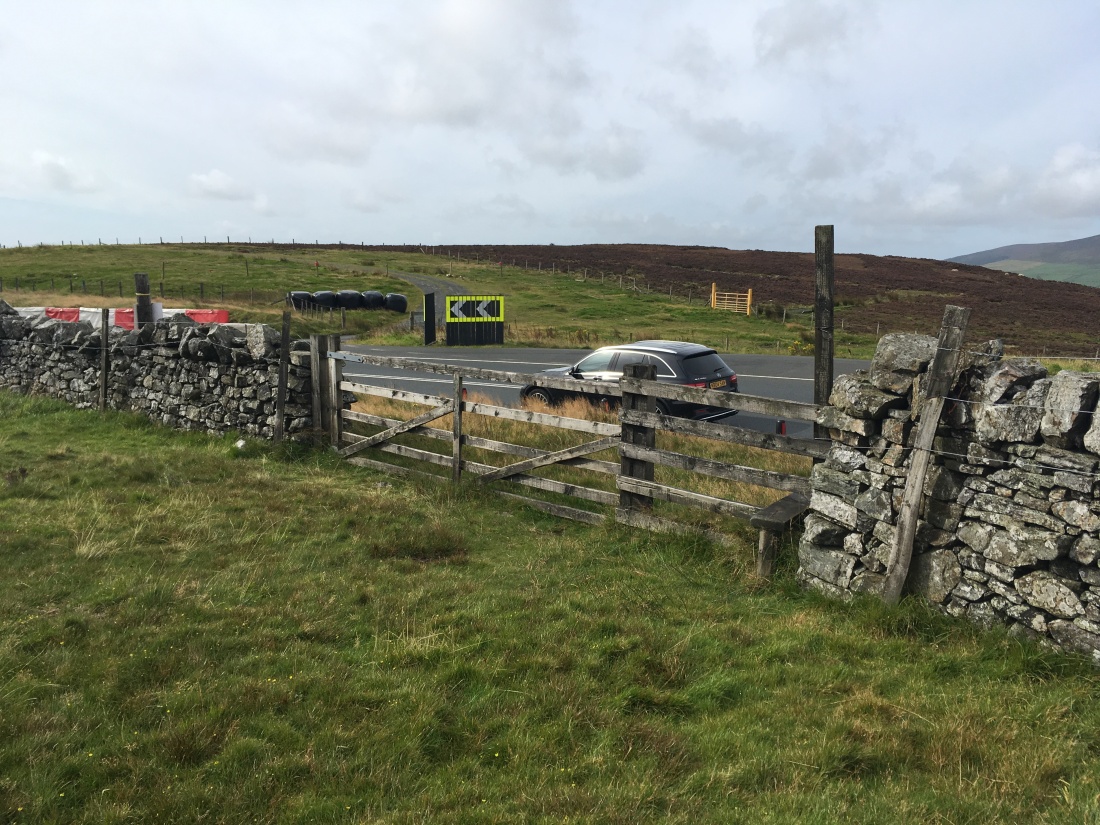 Crossing straight over at Kepple Gate it was again a hunt for the highest bit of ground and the top of Slieau Ree, just a shoulder of the uplands rather than a distinct hill from this direction though from the south near Abbeylands it does look like a separate hill. 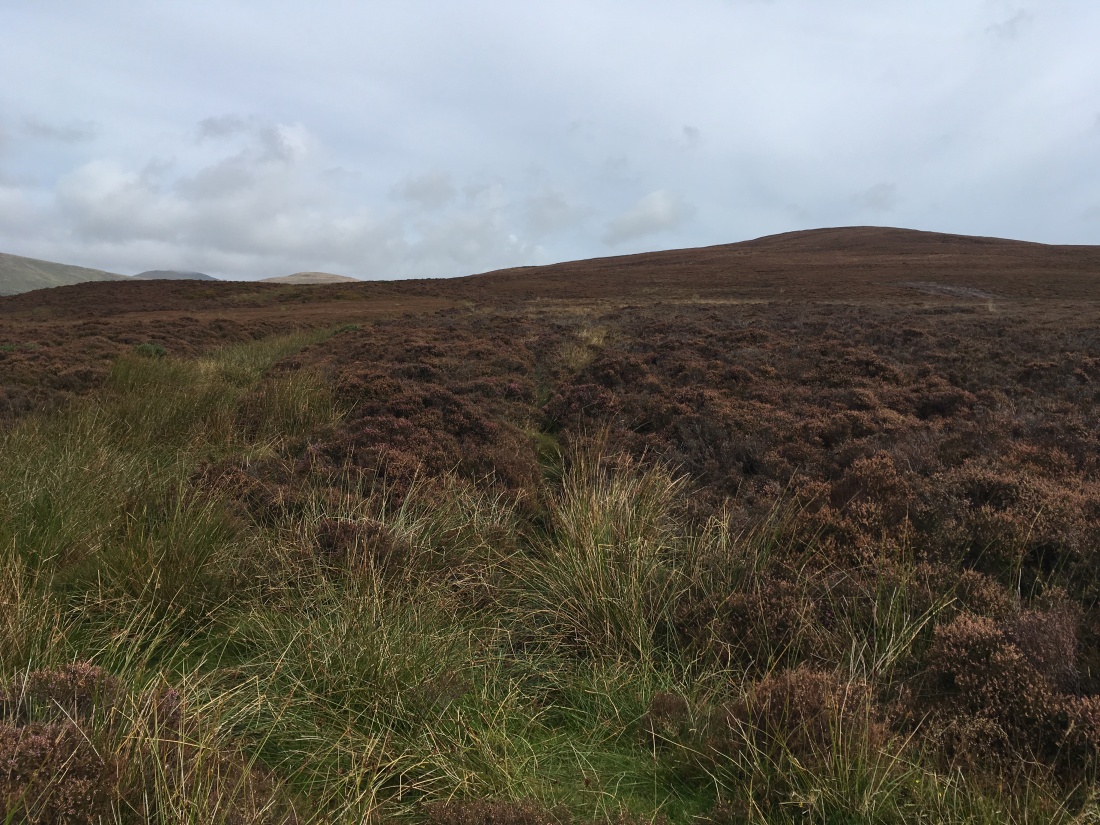 I then tried to follow the footpath marked on maps heading NE below this hill but it is very indistinct and boggy. Eventually I reached a gate onto the more open hillsides below the mountain road and returned to Windy Corner. 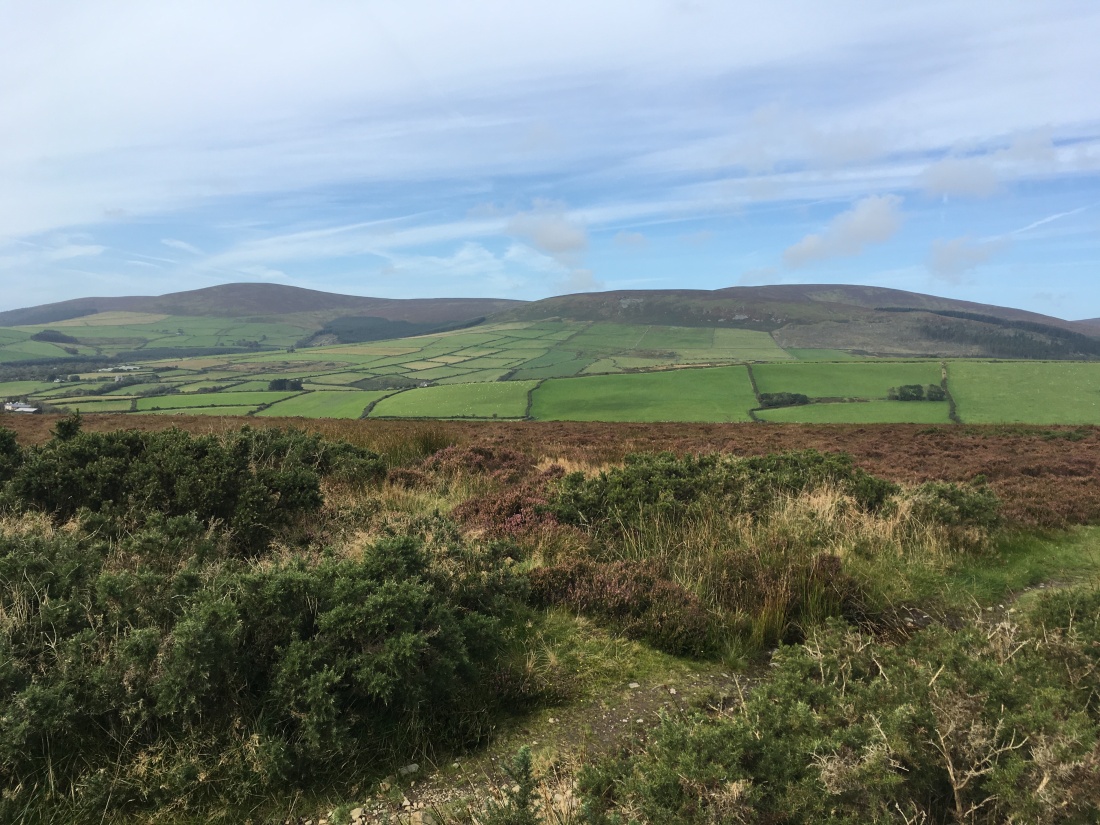 This walk is a bit of a struggle. Too much heather bashing for anyone’s liking but Slieau Lhost is a fine hill and Slieau Meayl gives interesting and surprising views.