Last week I pottered up The Breary and Breary mountain by pretty much the same route as documented here before. Nothing new to report there except I did it in reverse, probably harder that way.

Just a short walk this week – following the simplest way to do a loop including the summit of Slieau Whallian. I parked on the back road just where there is access onto the old Foxdale railway line and a large lay-by and headed up the road to the gate at the bottom of the Green Way.

I hadn’t been up this way for a while, it has always been rutted by run off from the fields but I was pleasantly surprised that it hadn’t got any worse though some fallen trees were in the way at one point.

Near the top the views open up to Greeba Mountain to the north and South Barrule to the SE.

This shot is from the Glen Needle reservoir where I should have turned right up a small track to follow the permissive access route but there is no way mark or sign and I continued through the gate to the next gate where I turned right along the path I had followed previously. I only realised this was the correct way later… 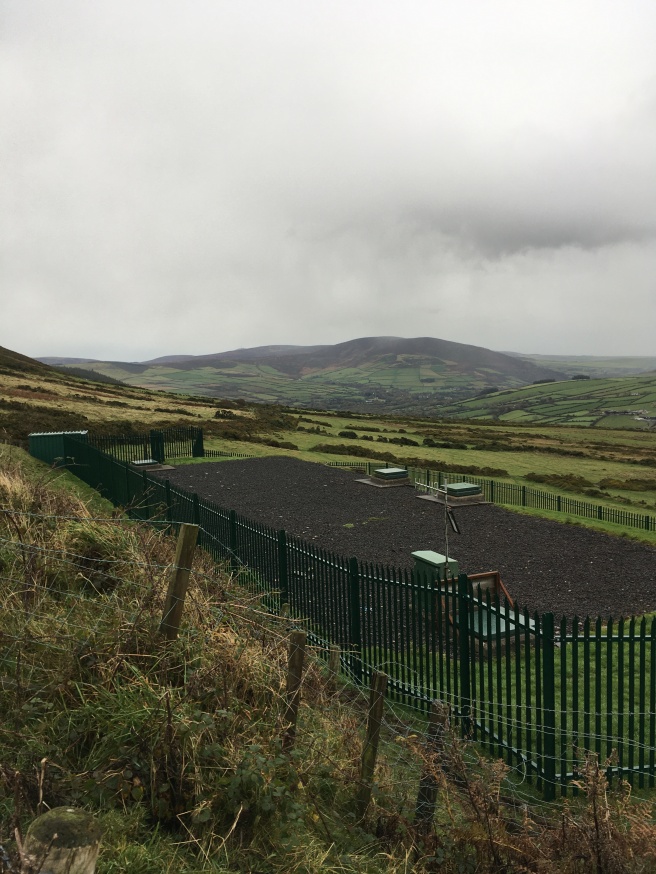 This climbs up through heather alongside a wall but at the top the gap int he wall had been fenced. There was a way through to the left under some barbed wire and I continued, presumably somewhere here rejoining the permissive path. 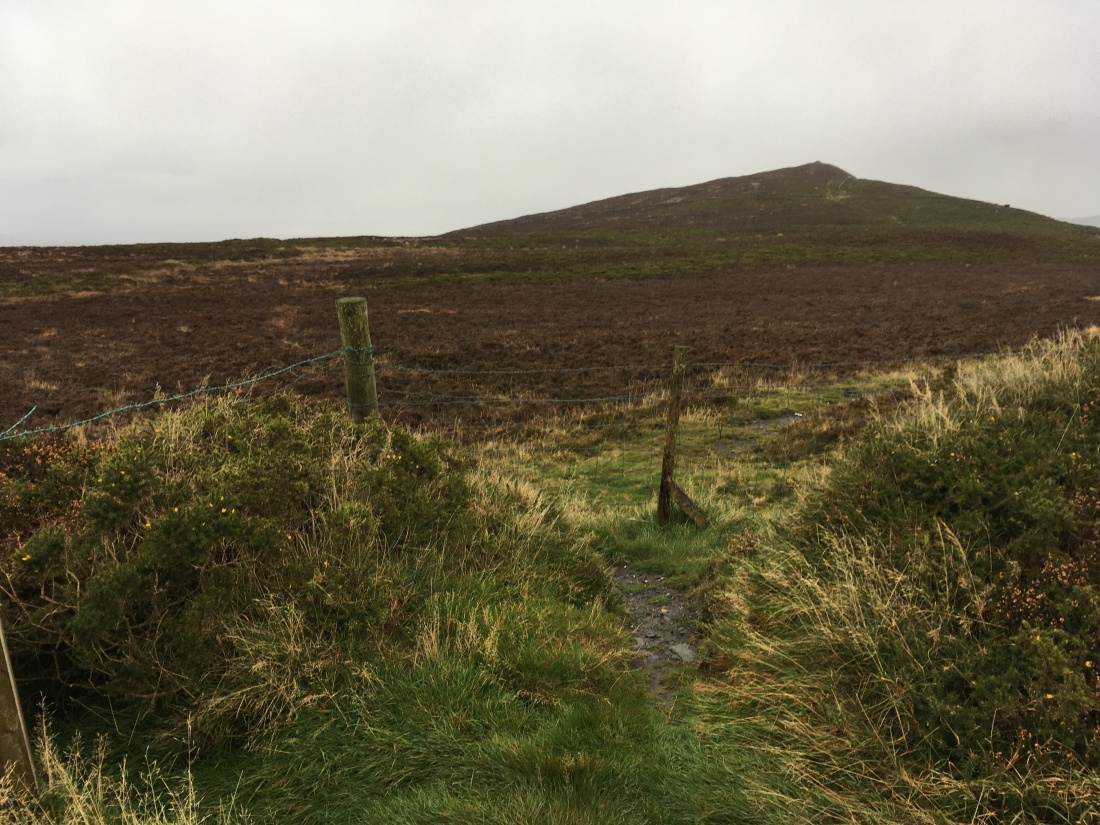 At the start of the final slopes to the top there is a gate which I  had to climb. 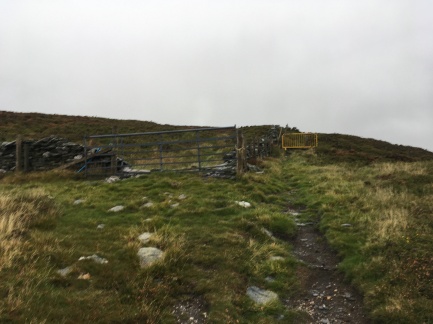 At the top the views were a bit grey and misty and it started to rain but it is a very fine summit.

From the top you need to take the right hand track northwards. This leads to a stile and then steep grassy slopes down to the boggy plateau above and the top of the plantation where there is a large cairn and fine views. 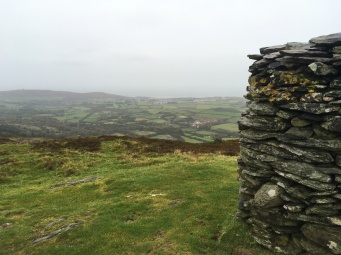 From here it is a short walk to the stile into the plantation where some rather old signs tell you where you are allowed to walk.

It is then just a case of finding the least muddy way through the top of the plantation and onto the fire tracks down to the road. 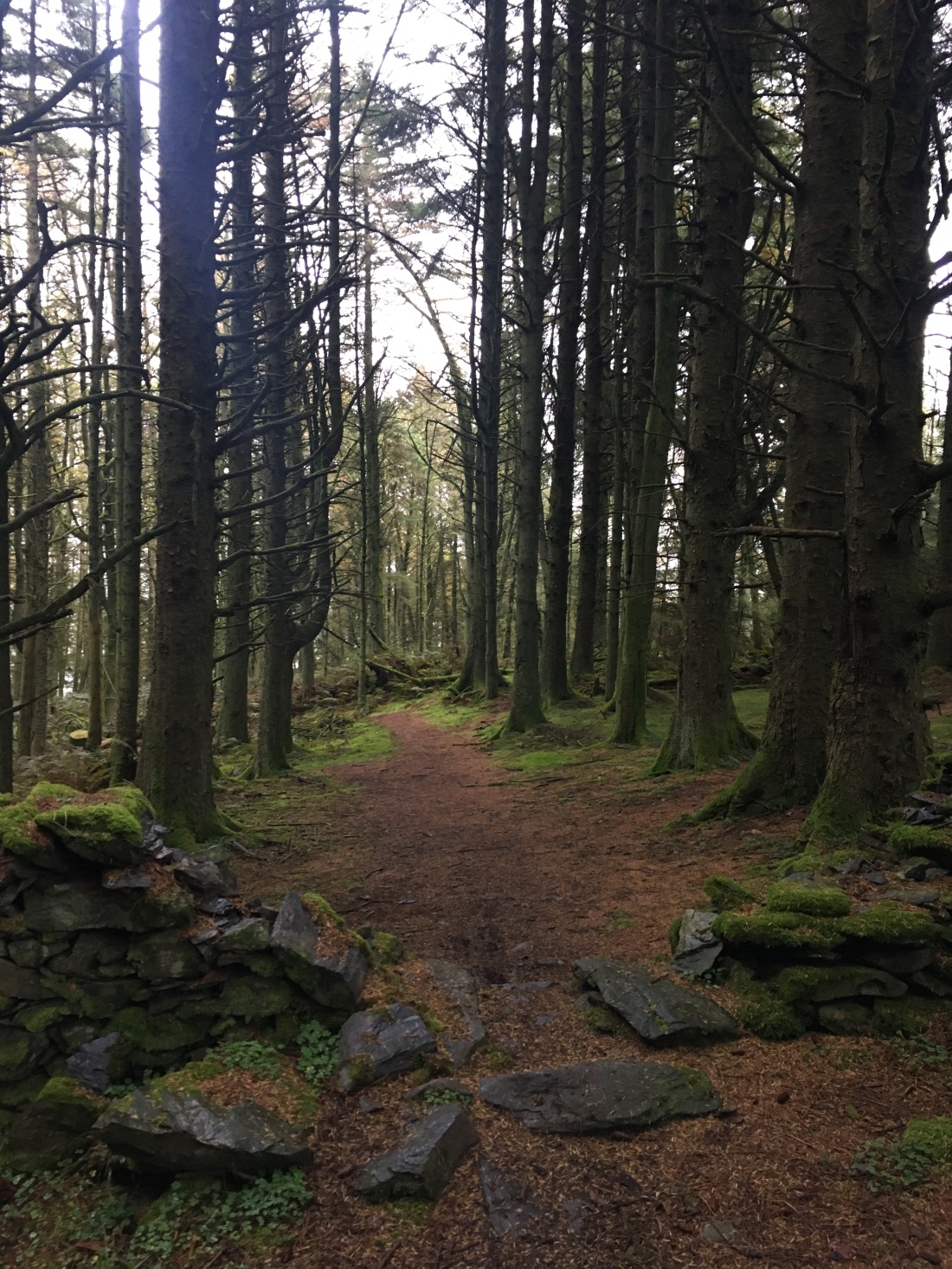 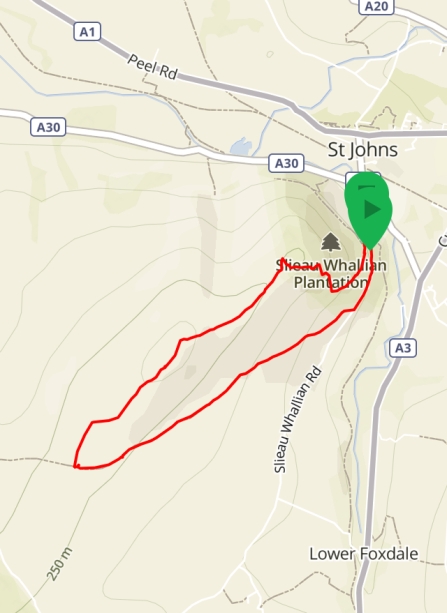